Unsealed Fate: The Unintended Consequences of Inadequate Safeguarding of Juvenile Records in Maine 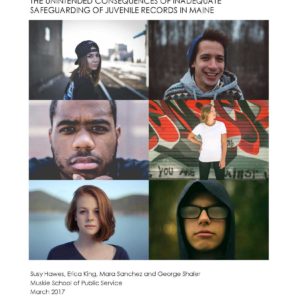 A new report from USM’s Muskie School of Public Service details a records system that is confusing, misunderstood and often unintentionally punishes individuals long after their time in the justice system has ended.  Nationally, research into the impact of juvenile records on individuals’ attempts to move beyond their involvement with the justice system has demonstrated a range of long-term consequences, from difficulty in securing housing or employment to enlisting in the military and Maine is no different. The report’s authors conducted focus groups, interviews and surveys of youth and adults with juvenile records, family members, juvenile justice practitioners, and key stakeholders and found that individuals with juvenile records face barriers in applying for jobs and professional licenses, enrolling in the military, accessing housing and securing other financial supports. In addition, interviews demonstrated widespread confusion and misinformation about the law and policy around the handling of juvenile records among juvenile justice system professionals, youth and their families.  The report also documents recommendations for reform raised in the interviews, surveys and focus groups for consideration by policymakers and practitioners. 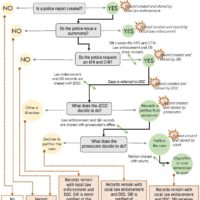 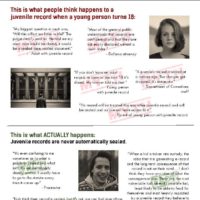